Our Awards Ceremony at The Minto Hotel on June 13 featured Winners chosen by the students themselves for Best Junior and Senior Film and Best Actors Male and Female in each category.

Also as part of the evening  the groups performed short live pieces for our three judges - Ann Moore, Amanda Craven and David Jack to judge. Each group was given 3 props - an umbrella, a large sheet and a large hoop to use creatively in their piece. Grant Stott presented the winners with their medals and trophies.

The evening also contained a surprise moment for Director Julie who was presented with an Award for the Drama Studio's 20th Year ! Julie was also given the most amazing book of memories and tributes from Drama Studio students past and present -  a treasure to keep for life.

Photos From The Evening 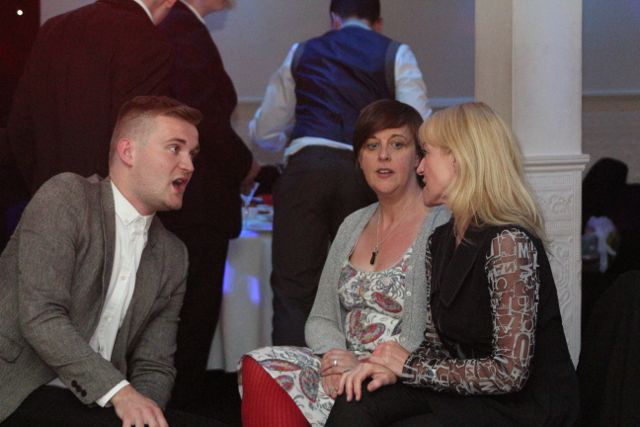 MANY THANKS TO MARGOT AND ROS FOR THE PHOTOGRAPHS